Home / Press & Blog / Get to Know Ešenvalds and Hailstork

Get to Know Ešenvalds and Hailstork

Last week I shared a bit about Maurice Duruflé. This week, I’d like to tell you a bit about the other two composers featured on our Shout for Joy concert, which we’ll present on Saturday, May 7 at 7:30 p.m. in the Princeton University Chapel. 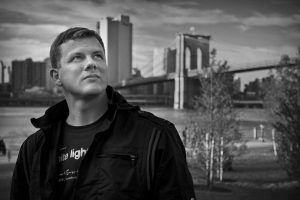 Of the newer compositional voices on the scene in the last two decades, one of the freshest and—quickly—most beloved is that of the Latvian Ēriks Ešenvalds. From 2011 to 2013 he was Fellow-Commoner at Trinity College, Cambridge, where he worked closely with that institution’s top-notch choir and its director, Stephen Layton. During that period, he refined and distilled his already-appealing musical style into something even more direct and affecting. I appreciate composer Gabriel Jackson’s summation: “Ēriks Ešenvalds is a dreamer, he gazes up and dreams—of eternity, of paradise, of that better world onto which music can offer a magical window, and he shows us that better world with rare beauty and spiritual integrity.”

The jubilant Te Deum we’re featuring on Shout for Joy was written for the Trinity Choir. At its opening and closing, it unleashes brass fanfares and big choral splashes of sound. The heart of the piece features simple, beguiling, almost folk-like melodies. The combination of brass, organ, percussion, and harp is expertly and tastefully deployed.

The American composer Adolphus Hailstork recently celebrated his 81st birthday. It’s hard to describe his musical style in a word or two. He admits: “I’m pretty eclectic; I’m multistylistic, all the names you want to use, they all fit.” Style aside, though, all of his compositions display excellent craftsmanship, and their richness and breadth and have enriched the repertoire in a wide variety of genres, from operas and symphonies to chamber and choral works. And he’s still active: last month saw the world premiere of a new requiem cantata, A Knee on the Neck, responding to the tragedy of the death of George Floyd, and the LA Philharmonic premiered a new orchestral piece in 2021, after which conductor Thomas Wilkins deemed him the “dean of African American composers.”

There’s no substitute for hearing these works live—especially in a space as magnificent as the Princeton University Chapel. But in the meantime, I’d love for you to get to know the sounds of these two composers, so I’ve put together a playlist. You’ll hear the two works featured on our Shout for Joy program as well as some works that show these two artists in a different mode, such as Ešenvalds’s mesmerizing Stars, and the gorgeous Adagio from Hailstork’s Symphony No. 1.