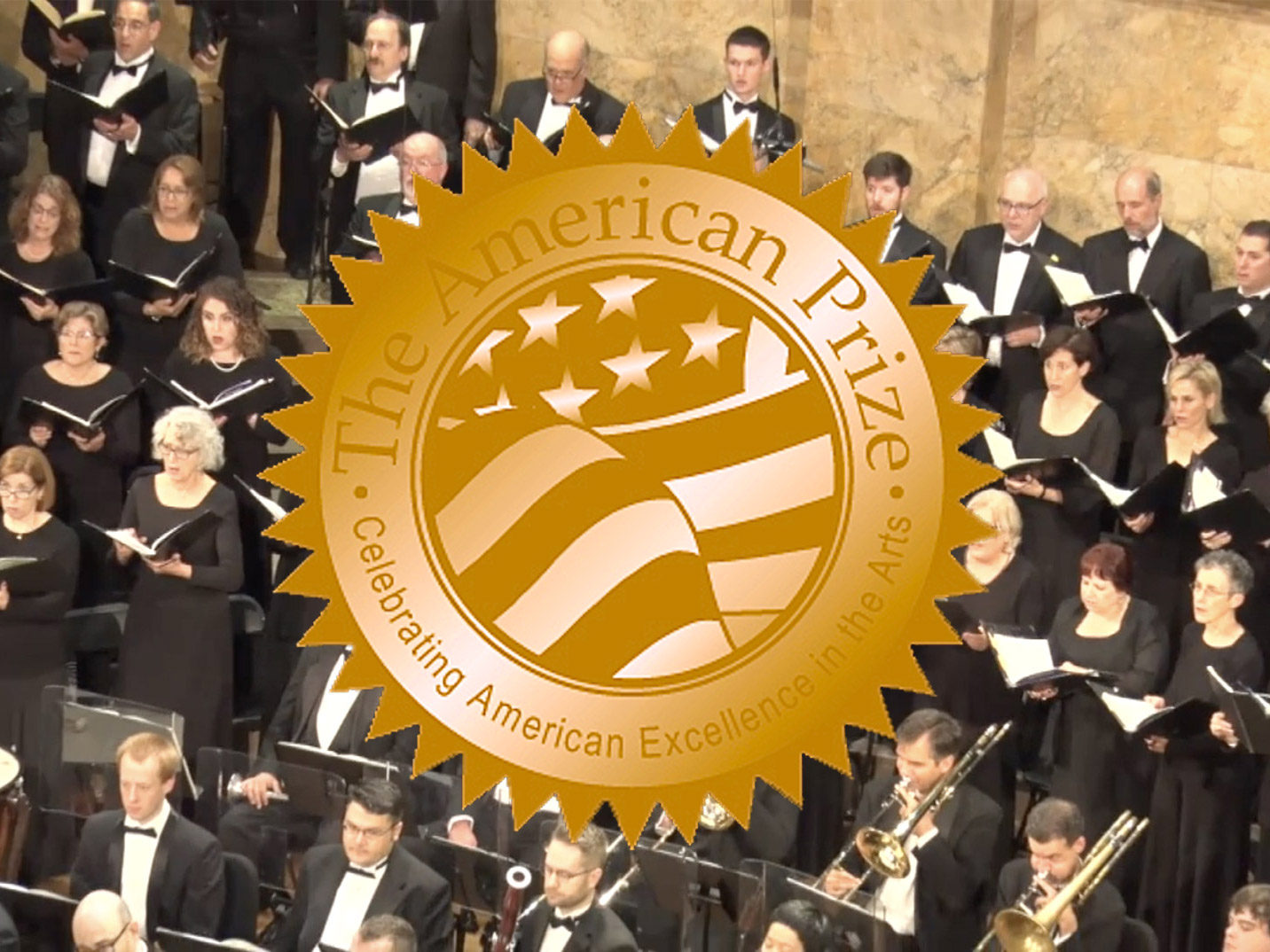 PRINCETON PRO MUSICA, Ryan Brandau music director, is the co-winner (with Transept of Sioux Falls SD) of the American Prize in Choral Performance 2021 in the community division!  Princeton Pro Musica was selected from applications reviewed recently from all across the United States.  The American Prize National Nonprofit Competition in the Performing Arts is the nation’s most comprehensive series of nonprofit competitions in the musical and theater arts, unique in scope and structure, designed to recognize and reward the best performing artists, ensembles and composers in the United States based on submitted recordings.  The American Prize was founded in 2009 and is awarded annually in many areas of the performing arts.  For more information, read the official announcement and visit www.theamericanprize.org.

Princeton Pro Musica was also selected as a finalist for the American Prize 2021 Ernst Bacon Memorial Award for the Performance of American Music, 2021 Community Ensemble Conducting Division.  The selection was made from our performance of A Procession Winding Around Me (Van); Triptych (O’Regan); Fern Hill (Corigliano) with Margaret Lias, mezzo-soprano as soloist, AND RYAN BRANDAU was named a Finalist in Conducting in the Community Division.

In 2020, Princeton Pro Musica received a Citation of Excellence from the New Jersey State Council of the Arts.